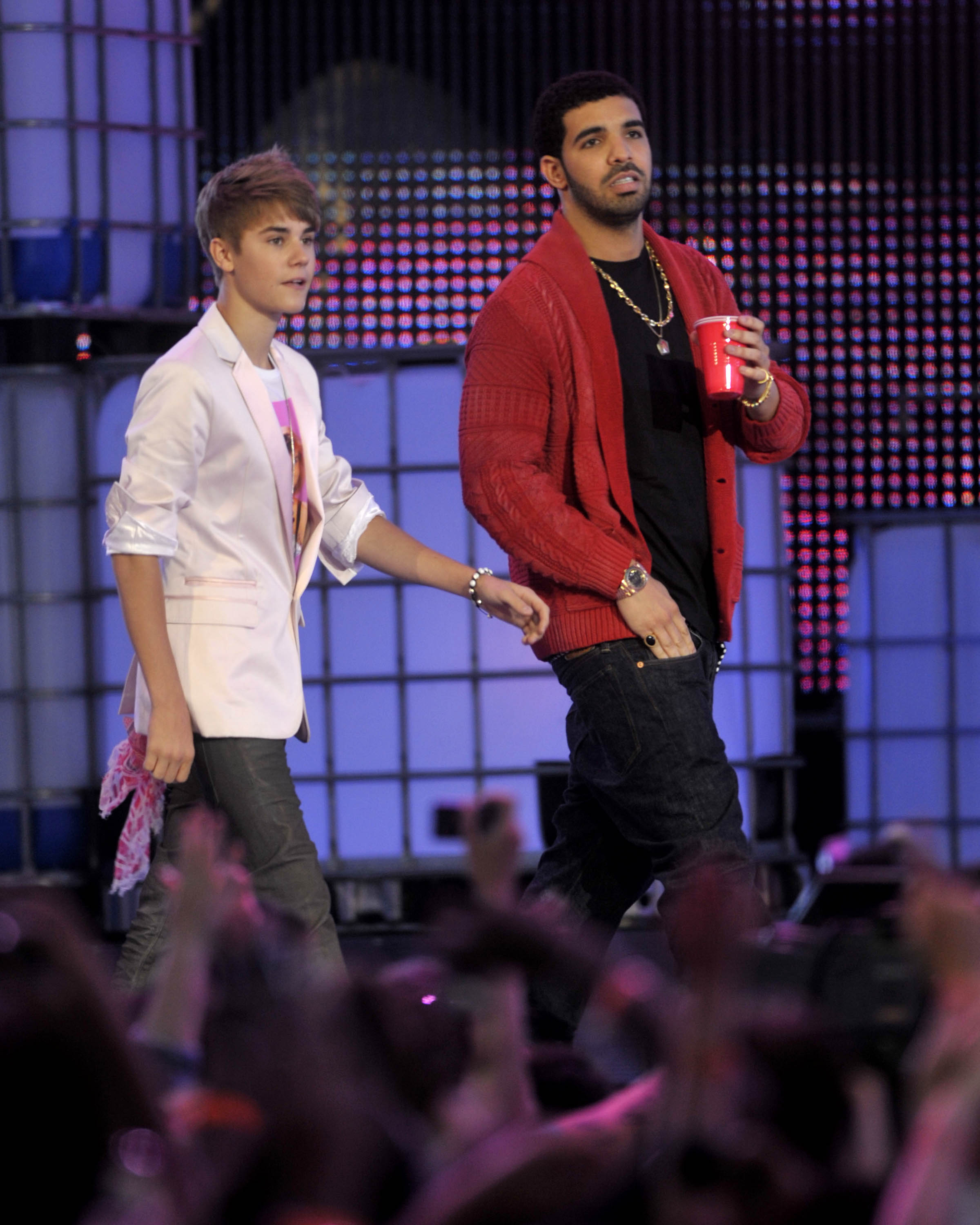 Why He Deserves Our Notice:
Audrey Drake Graham, better known as Drake, is a Canadian-born producer, actor, singer, and songwriter.  He first shot into the public eye in the early 2000s after assuming a role in Degrassi: The Next Generation. Audrey didn’t dream of making a career out of teenage angst, however. In 2007, Drake departed the series to pursue a career in rapping. He flourished. His albums smashed box office records and captured the public imagination. In fact, he holds the record for most charted songs by a solo artist. His second studio album, Take Care, netted him a Grammy.
His success goes far beyond the mike. Drake also owns his own record label and clothing line.  School, however, was never quite his thing.
Personal Life and Education:
Aubrey Drake Graham was born in Toronto on October 24, 1986. His parents represented a rather odd coupling of African-American Catholic drummer and a Jewish-Canadian English teacher. While the couple did not last long, divorcing five years after Drake’s birth, they helped him to become the person he is today. He was raised almost solely by his mother in a small department in Toronto. While he proved himself skilled in the arts, especially drama, Drake never had an easy time at school. For much of his youth, the future superstar was the target of rampant bullying.
Drake dropped out of Vaughan Road Academy at 15 to pursue an acting career.  In 2012, 10 years after dropping out, Drake went back to school to earn his high school diploma.  Shortly after graduating, Drake tweeted about the achievement, “97% on my final exam. 88% in the course. One of the greatest feelings in my entire life. As of tonight, I have graduated high school!” he wrote.  In short, finishing his education made him as elated as winning a Grammy.
Education: